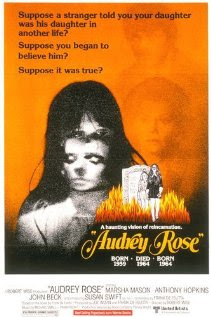 Soon after publishing his best selling novel, Frank DeFelitta retooled it for the big screen. What emerged was an average movie that was devoid of the strong characters that made the novel enjoyable.

The movie is a straight retelling of the book. There are just a few, very minor deviations from the book. There are major deletions, however; many of which were proper for telling a story in a visual medium. One might conclude, however, this story was not a good one for a movie.

As I noted in my review of the book, the novel’s strong point was the development of each character’s motive and how Ivy became a secondary consideration as parents, pseudo parents, and ambitious lawyers and judges all subjugated Ivy’s mental and physical health to their own agenda. Only Ivy’s mother seem to care first and foremost about Ivy, but her actions ultimately were to cleanse her conscience rather than aid her daughter.

The movie was well cast and the cast did the best they could with the script with which they were provided. Long before he emerged as the sadistic Hannibal Lecter of Silence of the Lambs, Anthony Hopkins played the meek and mild Elliot Hoover to perfection. His soft voice, with just a hit of British propriety in his dialogue, made him the unlikely villain that Defilitta created in his prose.

Marsha Mason deftly walks a fine line between frantic drama and over acting in the scene’s final climax. Her performance was true to Defillita’s anguished mother character and emerged as the central character in the movie version.

Susan Swift also successfully traverses that dangerous territory between dramatic portrayal and over acting in bringing Ivy Templeton to the big screen. A bad performance by Ivy Templeton’s portrayer would have destroyed this movie now matter how strong the script or cast. Even though her character was a supporing role, the movie’s success or failure rested on how successfully this young, untrained actor performed in her first role.

Swift did not ham it up. Her screams were not so shrill as to hurt one’s teeth. Her violent thrashing was not so violent as to be comedic. Her portrayal of Ivy Templeton’s malady was flawless and again, perfectly replicated what DeFelitta authored in his novel. It’s too bad that other than a supporting role in the hit movie, Harper Valley PTA, Swift did not have a distinguished or long acting career.

The weak link in the cast was John Beck as Bill Templeton. Bill Templeton, in the novel was a slightly pretentious, professionally ambitious advertising executive who loved his family and tried to do what he could to protect them, even proposing the desperate gambit of his daughter’s life to protect the family. Only as he’s pushed does he actually resort to anger and a bout of violence.

Beck portrays Bill Templeton as a man always at the edge of violence. Bill Templeton was a frustrated man to be sure. But nothing in the novel indicated he was predisposed to anger. The fault, I think, lies not with any flaw in Beck’s acting but rather it being a case of Beck being miscast in the role.

Director Robert Wise is well known in Hollywood if not to the general public. His directing credits include the iconic The Day the Earth Stood Still, The Sound of Music, The Haunting (the superior 1965 version), and The Andromeda Strain. Other than not reigning in Beck’s excessively edgy performance, Wise did the best he could with the script he had.

As I noted in my review of the novel, DeFellita should have authored more books because his first effort was incredibly strong for a first foray into the world of writing novels. He did author a handful of books, one of which, The Entity, was made into a movie that I would describe as incredibly pedestrian horror. Other than, The Entity, I’ve not seen any of his other movie or television writing efforts and other than Audrey Rose, I’ve not read any of his other novels. But based on what I’ve read and seen, he was better suited for writing novels.
Posted by Brian Schwartz at 6:33 PM