Book to Movie: Bag of Bones (2011)
Teleplay by Matt Venne
Directed and produced by Mick Garris
Based on the novel, Bag of Bones by Stephen King

Bag of Bones, the novel, was billed as a haunted love story. That was apt billing because King’s prose developed the love that existed between Michael Noonan and his late wife even though she was dead before page one of the book. He also deftly develops a May-September romance between its principle characters that stirs the heart. The worthless piece of garbage that is the made for television miniseries will haunt me as well. It will haunt me as one of the gravest injustices ever done to a King work. 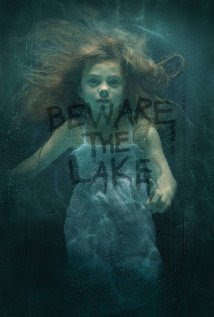 I know some awfully bad movies have been made from Stephen King’s work. The Mangler, Graveyard Shift, and Lawnmower Man all come to mind. But the stories from which those movies were drawn were more low brow to begin with, written for men’s magazines of the 1970s. They were not without their charm on the printed page and were entertaining to read. Each contained fantastical elements that did not translate well into the visual medium. The movies based on them were bad, but did not do them the injustice that Matt Venne and Mick Garris did to Bag of Bones which was actually a pretty good novel.

The movie is difficult to summarize in comparison to the book, because it appears as if Venne stole elements from King’s book and put them together in a disjointed story of his own telling. In between Venne’s mismatched story elements are random “gotcha!” scenes inserted by Garris that have no bearing upon the story at all.

King’s story has two plots running simultaneously. Writer Michael Noonan is communicating with the ghosts that inhabit his summer home. One he is sure is his late wife. The other, he suspects is a long dead blues singer. Both have goals that he is trying to ascertain.

The other plot line is Noonan’s efforts to help Mattie Devore, a young widow, keep custody of her daughter against the forces of Mattie’s billionaire father in law.

The plots are interwoven; linked by the sins of Max Devore’s ancestors and, unbeknownst to Noonan, his own. The subtext is the secrets of the institutional families of the American small towns.

Venne takes King’s subtext and turns it into a sledgehammer, driving it home early without any subtlety. These New Englanders that King characterized as great keepers of their own secrets are free and easy with the information regarding the horrific events that befell the town.

Subplots such as Noonan wondering if his wife was having an affair are introduced, never developed, then easily resolved. The chief villain, Max Devore, hardly appears in the story and is never menacing. Another subplot, Mike’s growing infatuation with Mattie Devore – a girl young enough to be his daughter and his moral qualms about it – are eliminated, taking away much of the story’s texture. Sure enough, a romance of sorts “develops” (“appears” is probably a better verb since there is no development in the script), but it is passionless and the viewer cares little for it or its characters.

The climax, such as it is, is tacked on. It was as if Venne saw he was running out of time, so he just wrote a final scene that wrapped it up. The viewer is left wondering why Noonan has so much affection for Mattie’s little girl because, as far as they know, he’s only seen her twice.

Pierce Brosnan is badly miscast, but does the best he can with what he has to work with. Noonan is supposed to be an everyman in his personality as well as physically. While Brosnan has a range of acting ability, one cannot forget he was once James Bond. He does not come across as an everyman.

Garris has an uneven relationship with King material. He made a bad movie – Desperation – out of a bad novel. He took King’s mundane script for The Shining and made it a better miniseries than it could have been. He took a pedestrian King short story, Riding the Bullet, and made it into an interesting character study of the relationship between a young man and his mother.

For all of the good that Garris has done with King’s work, it is still hard to forgive him for this bag of crap based on Bag of Bones. To make a worse movie, he’d have to have had malice in his heart for King and the viewer.

Hardcore King fans should see it so they know how easy it is to butcher King’s work. General movie and horror fans should dismiss it without a glance.

Posted by Brian Schwartz at 5:34 PM