The Hunter from the Woods By Robert McCammon

The Hunter from the Woods
By Robert McCammon
Copyright 2011

What is a lycanthrope in the eyes of God?

These stories all occur before or after the action in the McCammon novel, The Wolf's Hour. 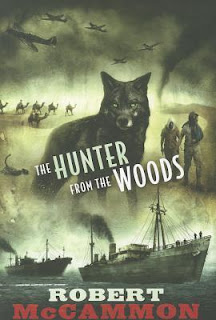 The Great White Way
A young Mikhail is working as an animal keeper in a gypsy circus. He is having an affair with the girlfriend of the circus’ professional wrestler. She tries to set him up for a fall after he speaks to another woman. Mikhail has the last laugh.

The first story starts to fill in the backstory of Mikhail, still a youth freshly escaped from the fate that met his fellow werewolves. I loved the narrative voice combined with sparse dialogue.

The Man from London
A spy from London infiltrates a remote Russian village in search of a man that is believed to have extraordinary abilities that will help the British cause. He finds a filthy youth living in a church, surrounded by his own filth. He is disgusted by young Mikhail and the time he wasted in searching him out. However, when he tries to escape Russia, he finds that Mikhail does indeed live up to his billing.

As a stand-alone short story, this was a bit thin. However, it fills in another space in Mikhail’s backstory.

Sea Chase
Michael Gallatin is aboard a freighter in the days leading up to World War II. He is posing as a deck hand to protect a Nazi defector and his family aboard the ship. A Nazi ship is in pursuit and eventually catches up to them. Michael and the captain combine their efforts to lead their nearly crippled ship to safety while defeating the Nazis.

This was everything a short story with an established character should be. It can’t quite stand on its own because McCammon is assuming you know Gallatin’s backstory. However, the plot and the other characters work incredibly well and the story is inventive and exciting.

The Wolf and the Eagle
While flying from the desert battlefront to Cairo, Michael Gallatin’s plane is shot down during an aerial battle. His shoulder is badly injured and he is in the middle of nowhere. He is soon taken prisoner by the German aviator who shot down his plane. The enemies soon find common cause when they are hunted by desert warriors who know no side in the conflict and kill indiscriminately. They also face a common foe called thirst. Finally, coming upon a village of desert marauders, Gallatin hatches a plan to get water that will require the men to cooperate.

Not much of the werewolf trope in this story, but a good story nonetheless. It was not hard to see where it was going with the enemies having to combine forces to survive. What is remarkable is the portrayal of the German aviator as a great warrior and a decent human being. That characterization along with great storytelling make The Wolf and the Eagle another worthy entry in the life story of Michael Gallatin.

The Room at the Bottom of the Stairs
Michael Gallatin’s new assignment is the oldest of the old spy assignments. Make his way into Berlin to seduce a magazine photographer who has been quite adept at identifying members of the German resistance and having them killed. Gallatin meets her and the two are instantaneously taken with each other. Michael finds himself falling for her hard, despite what she is. Eventually word comes down that he’s the man to do it and it has to be done now. Michael dispenses with his usual means of disposing of people to do something different for this woman.

This was quite a long story and was mostly a love story. No werewolves were present until the end when Michael had to make his final escape. It was quite well told and, while we knew that McCammon could produce some decent erotica, we learn that he writes the stuff on par with Jacqueline Suzanne and Judith Krantz.

Death of a Hunter
It’s 1953 and Michael is living in his remote Scottish estate as a recluse. His last job involved learning more about Chinese operations in Singapore and he was photographed as a wolf. The Chinese have made it a point to capture him alive or dead – but preferably alive. When they arrive, he, at an advanced age, finds his toughest opponents yet.

This story was short and sad. All that we know about Michael – his tragic childhood, his warrior background, his proud lycathtropic heritage comes to an end. I felt the end of Michael Gallatin like I’ve felt the end of few characters. I did not realize how much this book added to how deeply I felt about him until I got to the end.