The Girl Who Loved Tom Gordon By Stephen King

The Girl Who Loved Tom Gordon
By Stephen King
Copyright 1999

Stephen King does occasionally step outside of the supernatural and dystopia to write mainstream thrillers. The first time he did it in novel form, he hit pay dirt with Misery. His second foray into mainstream thrillers was The Girl Who Loved Tom Gordon. While not as good as Misery, it had a better hero(ine) and had a story much easier for mainstream readers to identify with. 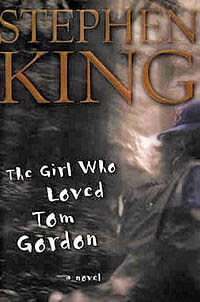 Nine year old Trisha McFarlane goes hiking with her mother (recently divorced) and older brother. Her brother, unhappy about the divorce, is arguing with his mother. Trisha gets fed up with them and ventures off of the path to urinate. When she pulls up her pants and turns around, she realizes she can’t find the trail.

She’s lost in the vast expanse of the New Hampshire woods. She has some water, some soda, and a little food. She ventures forth in a direction she’s sure will lead her to another path. Instead, she wonders deeper into the woods and becomes hopelessly disoriented.

For the next nine days, Trisha wanders through the forest, although not aimlessly. She follows the rule that all people who hike follow when they're lost. She finds a stream and follows it. The axiom is that small streams lead to bigger streams which eventually make their ways to larger bodies of water. This rule doesn’t work for Trisha. Her streams end in bogs and swamps.

Trisha battles bugs and hunger her first few days. Her only solace from her misery is her Walkman radio. Each night, she tunes into Boston radio to hear her beloved Red Sox play and to follow the exploits of her favorite player, Tom Gordon who is Boston’s closer. When Trisha becomes afraid, she finds courage through the mentality of a closing pitcher, who must have ice water in his veins.

After a few days lost in the woods, bugs and hunger become secondary bothers. She becomes ill from drinking stream water. She develops a fever and becomes delirious. She dreams as she walks that Tom Gordon is walking with her, talking to her about baseball. 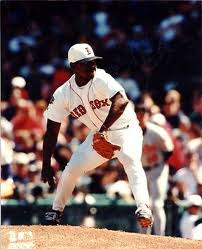 Meanwhile, something stalks Trisha. It is malevolent and it wants her. It is biding its time, waiting for her to grow weaker. Trisha finds evidence of its handiwork in her travels. Disemboweled animals and trees shredded by claws dot her path.

While Trisha is wandering lost, search parties form and comb the woods. The police take to the air, looking for her. But she’s wandered far outside the search grid they’ve established. Her parents form a conditional reconciliation.

After days of eating berries and drinking stream water, Tom Gordon tells Trisha it’s the bottom of the ninth. This is her last inning and if she doesn’t win it now, she won’t win it. She finds evidence of an old fence and starts following it. It leads her to an old logging road. She sleeps in the cab of an old truck she finds along the road and sets out to follow the road to wherever it leads her – safety or death. Her reserves are all but tapped out.

The malevolent creature decides it’s time to take Trisha. A huge black bear steps in front of her, blocking her path. Trisha reaches down deep for courage, just like her beloved Tom Gordon, behind the batter with runners on base. She winds up to deliver a hard slider with a rock to the head of the creature. Before she can connect, she hears the report of a bullet and the creature flees. A man with a hunting rifle emerges from the woods and rescues her.

She ends up in a local hospital. She’s badly dehydrated and has pneumonia, but will survive. Her mother, father and brother are there. She awakens long enough to talk to them briefly before a nurse starts to usher them out so she can rest. Before he leaves, her father hands her her autographed Tom Gordon Red Sox baseball cap. As they leave, she grasps the cap and points to the sky, just as Tom Gordon does after closing a Red Sox victory.

The Girl Who Loved Tom Gordon is not held in particularly high regard by King fans or mainstream audiences and I don’t understand why. I love Trisha McFarlane as a character. She ranks high on my list of Stephen King characters because King writes her as an authentic nine year old girl.

Her thoughts and ideas, as written by King, are no more complex than that of a nine year old girl. This is masterful because many authors who write from a child’s point of view often ascribe adult thoughts and reasoning to them. This is the chief (and only) fault of Orson Scott Card’s Ender’s Game. Trisha does ponder the cosmos, God, and other sublime topics, but with no more wisdom than a nine year old would have.

Adults often underestimate the resilience of children. Children have untapped reservoirs of optimism because the weight of the world has not yet crushed their spirit. Only in the end does Trisha really give up hope. Yet, her beloved relief pitcher inspires her to reach down for just a little more – enough to get her through. King does some fine writing in Trisha’ s greatest moment of despair. Just like a baseball fan pulling for their favorite closer to get out of a jam with runners on base and down in the count against the winning run, the reader is pulling hard for Trisha.

The plot is accessible to many people. If you’ve ever been lost in the woods (and I have) then that terror and panic is something familiar to you. City people just won’t get it. But when you’re lost, the woods and trees are more frightening than any inner city neighborhood.

For the baseball fan, King does a little play by play writing, bringing back to mind those Boston Red Sox players of the late 1990s. I'm no Red Sox Fan, but reading those names made me a little nostalgic for a time before I fell out of love with baseball.

I found The Girl Who Loved Tom Gordon to be King’s most accessible work. It’s quite short (by Stephen King standards) coming in at just 224 pages in hardback. I gave it to my 12 year old daughter to read, hoping she would identify with Trisha as a fellow pre-adolescent girl. Unfortunately, my dear daughter is a pure city girl. Nonetheless, the plot is familiar to many of us in our own lives and Trisha reminds us very much of our own daughters.

I compared it to Misery. Misery is a much more complex story with much more tension. It is a better book for the adult reader. But its circumstances are a bit contrived and few of us can identify with having a number one fan. Its complex plot and more developed characters make it a better read for adult readers, The Girl Who Loved Tom Gordon should stand right beside it as evidence of Stephen King’s ability to write mainstream thrillers.

Posted by Brian Schwartz at 8:54 PM